Tomb of St. Philip the Apostle Discovered in Turkey

You are here:
Apologetics 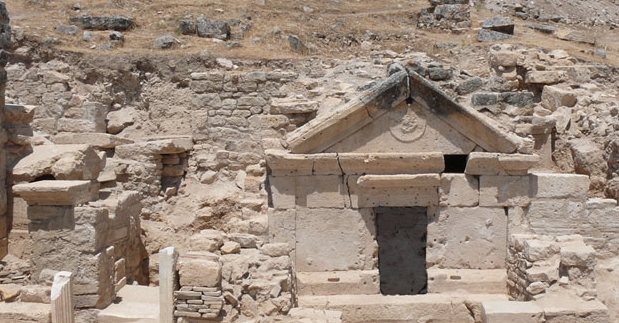 Professor Francesco D’Andria claims that archaeologists working in the Turkish city of Hierapolis have uncovered the tomb of St. Philip the Apostle.[1]  While details of the excavation are still sketchy, the claim appears to be based on inscriptions found at the site which coincide with long-standing tradition that Philip was buried in the area where the tomb was discovered.

Outside of the Gospels (particularly John), details about the life and ministry of Philip are relatively scarce.  However, according to the apocryphal Acts of Philip (probably a 4th century text), Philip was executed by the Romans following a conflict with snake worshippers in Hierapolis.  While details about his death as recorded in this text are likely fanciful,[2] as is typical of many apocryphal works, other bits of corroborating evidence suggest that the core of this report (i.e., that Philip was executed by the Romans in Hierapolis around 80 A.D.) may be accurate[3] and the recent archaeological discovery seems to further support this.

Interestingly, there is a popular pilgrimage site dedicated to Philip already in place in the area:  the Martyrium of St. Philip.  However, in spite of several years of searching, the actual burial chamber of St. Philip has not been found in the Martyrium.  The newly discovered tomb, however is only about 150 feet away and shows some signs of having been moved from the original location during the Byzantine era.

Biblical Archaeology Review has an interesting article which provides some helpful background to understand the significance of this find.

[1] The Apostle Philip is not to be confused with Philip the Evangelist (cf. Acts 6, Acts 8).

[2] This apocryphal account of Philip’s death says that “In answer to Philip’s cry while hanging upside-down on the tree, an abyss suddenly opened and swallowed the proconsul and the viper temple where he was sitting, as well as the viper priests and 7,000 men, plus women and children.”

[3] For instance, D’Andria points to a sixth-century bronze bread stamp found at Hierapolis which shows an illustration of St. Philip standing between two churches.  The building on the right is easily identifiable as the original martyrium, destroyed by an earthquake in the 7th century and D’Andria believes the 2nd church is the building now being excavated.

The Camel Conundrum – 5 Reasons the Camel Find Does Not Undermine Biblical Reliability
March 18, 2014