The Mark of the Beast and the COVID-19 Vaccine 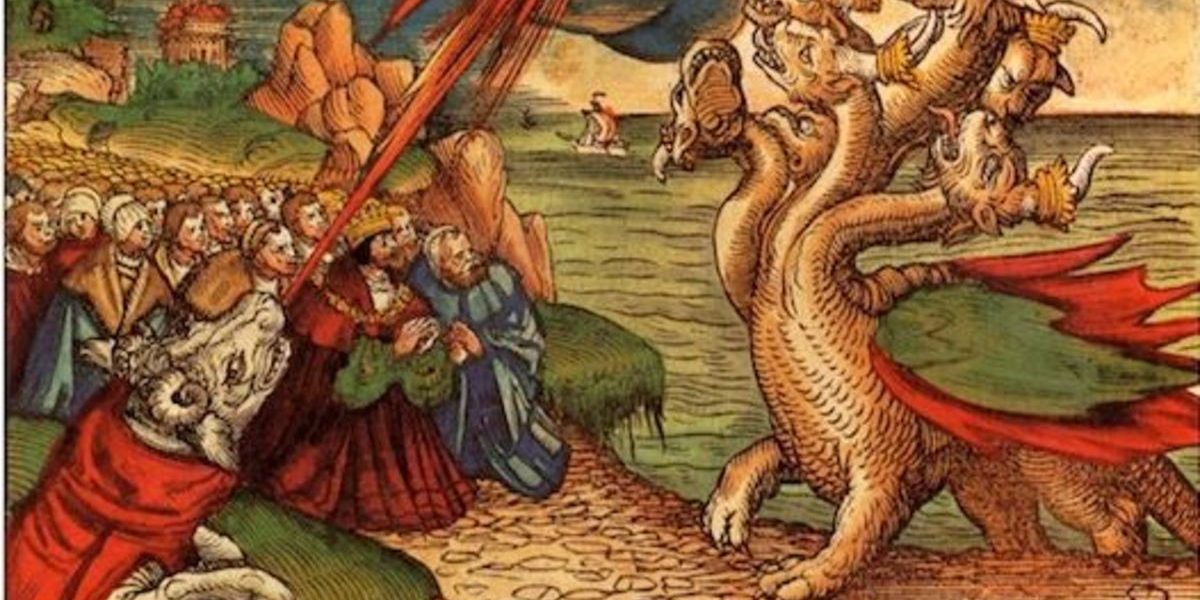 Let me just be clear about a few things right up front so you can decide if you want to keep reading:

While I don’t think there are a lot of people propagating the idea that the COVID-19 vaccine is the mark of the beast, I’ve been surprised by how many Christians have asked me about this possibility and how many have hesitated to get the vaccine because of the fear that it could be. I wouldn’t say it’s a widespread fear, but I’ve been surprised by its prevalence, nonetheless.

15 The second beast was given power to give breath to the image of the first beast, so that the image could speak and cause all who refused to worship the image to be killed.

16 It also forced all people, great and small, rich and poor, free and slave, to receive a mark on their right hands or on their foreheads,

17 so that they could not buy or sell unless they had the mark, which is the name of the beast or the number of its name.

This is the only substantive discussion of the mark of the beast found in the Bible. The phrase is used several other times in Revelation (cf. Rev 14:9, 14:11, 16:2, 19:20, 20:4) but only in passing as part of a description of the various divine consequences which will be experienced by those who willingly take the mark (or as part of a description of the rewards for those who do not willing take the mark as in 20:4).

The first thing to keep in mind, and this is critically important for thinking rightly about the mark of the beast, is that the mark described in Rev. 13 is the antithesis of a mark found in Rev. 7 and 14, where it is the people of God who get this other mark:

“Do not harm the land or the sea or the trees until we put a seal on the foreheads of the servants of our God.” (Rev 7:3)

Then I looked, and there before me was the Lamb, standing on Mount Zion, and with him 144,000 who had his name and his Father’s name written on their foreheads. (Rev 14:1)

Given that both marks are described as being in prominent places such as on the forehead or the hand, the point seems clear: this is a public identification of loyalty. Whether or not this is a literal mark or a figurative one is, ultimately, impossible to determine given the information the Bible gives us, but what is inescapable is that both the marks on God’s people and the beast’s people are:

2. Declarations of loyalty (to God or to the beast who is part of an unholy parody of the Trinity)

From these straight-forward observations of the biblical text itself, it should be clear that the COVID-19 vaccine cannot be the mark of the beast.

First, the COVID-19 vaccine is not public in a way that fits the description of the marks described in Revelation. You can get the vaccine or not and no one else needs to know. Again, the biblical marks might not be a literal, physical marks, but there is no question that the status of the marked ones is public knowledge. Such knowledge is the basis for either public opposition (in the case of those marked as God’s people) or acceptance (in the case of those marked as the beast’s loyal followers).

Second, the COVID-19 vaccine is in no way a declaration of loyalty to an individual or even an organization. Who would it be a declaration of loyalty to? Trump (who brags about being responsible for developing it)? Biden (who brags about being responsible for distributing it)? There is simply no single individual or entity who is demanding vaccination as proof of loyalty and fealty to themselves.

Third, there is no religious element involved; that is, getting the vaccine is not a sign of worshipping some deity other than God and refusing to get the vaccine is not a sign of worshipping the true God. To be fair, some people claim that the use of vaccines at all is a de-facto statement of lack of trust in God and even an explicit declaration of the worship of modern medicine, but it is only possible to make this claim for vaccines if you are also willing to make it for any and all medical advances. So if you think that getting the vaccine is an act of worshipping medicine or science, you cannot in good conscience take an ibuprofen, either. And let’s not forget that God used a practicing physician, Luke, to author at least two books of the New Testament, which is difficult to reconcile with the idea that medical practice and faith are mutually exclusive concepts.

While Revelation is a notoriously difficult book to break down into clear chronology, it’s also worth noting that it seems fairly clear that the mark on God’s people (Rev. 7) precedes the mark on the beast’s people. Therefore, anyone claiming the vaccine is the mark of the beast is obligated to show evidence that there was an earlier mark that came upon Christians prior to the development of the COVID-19 vaccine.

Put simply, whatever the mark of the beast is, it cannot be equated with the COVID-19 vaccine unless we throw out all the most basic rules of responsible biblical interpretation. The mark can’t be taken by accident. It can’t be taken in ignorance. It certainly can’t be taken under false pretenses (i.e. thinking you’re getting a medical treatment when in fact you’re publicly declaring your loyalty to and worship of a counterfeit deity).

As I said up top, I got the vaccine, as did my wife and daughters. Were we aware of the possible risks involved in getting a vaccine that had not yet been given full FDA approval? Of course. Did we know what those risks were? Yes, we read up on them. Were we aware that all vaccines have potentially life-threatening complications for some people? Yes. Did we think through the fact that many of the actual side effects of the COVID-19 vaccines might not be known for several years? Yes, we did.

So why did we get it? Pretty simple, really:

1. COVID-19 is deadly. No, it’s not the most dangerous virus ever, and most people will recover from it just fine. But not everyone will.  As a pastor, I’ve seen people die from it and they weren’t all immune-compromised or otherwise at high risk. Also, as the pastor of a church invested in partnerships all over the world, we’ve seen the devastation caused by this disease worldwide. It’s a big deal.

3. COVID-19 is highly contagious. It spreads with remarkable ease as I’ve witnessed first-hand. Even if I’m not overly concerned about getting it myself, suspecting that it would have a relatively mild impact on me personally, the best way to keep other, more at-risk people from getting the disease is to make sure that I can’t get it myself, or to at least substantially reduce the likelihood that I could get it and pass it on without knowing it. In other words, I got the vaccine, in part, because of concern for others.

Now, I confess that I’m concerned about asking people to show vaccine cards and companies requiring immunizations for their employees. I could see this becoming discriminatory in some really dangerous ways, so I get why some people are up in arms about companies requiring their employees to get immunized. But at the same time, I understand why those companies are making the requirement. They’re not trying to control people, they’re trying to cope with the situation. I’m confident that most, if not all, of the companies requiring vaccinations for their employees are doing so in an attempt to protect their employees, their customers and, ultimately, yes, their bottom line. Could they be making a serious mistake? Of course, but it’s probably not a nefarious one. As I often say, assume complexity before incompetence or, in this case, assume complexity before conspiracy.

Did I have the right not to get the vaccine? Absolutely. Do I support your right not to get it? Absolutely. But I also support the right of organizations to make decisions they believe to be in the best interest of their employees, their customers and their profitability. Supporting both of those rights isn’t a contradiction at all, but it does mean that there are going to be clashes and conflicts over those rights. It’s going to be messy. I simply can’t see any way to avoid the messiness of it.

For me, getting the vaccine was the right thing to do. Again, I’m not saying there aren’t legit reasons to not get it and I’m not saying that if you don’t get it, you don’t care about others. But I would say that if you haven’t gotten it just because you’re hoping enough other people will so that you get the benefit of wide-spread vaccination in our culture, without having to take part in it yourself, that might be a selfish motive.

Want to receive notification of new resources? Sign up below: