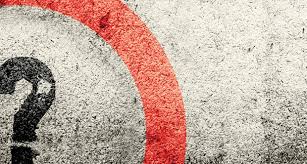 I have a question. I’m doing a NT theology paper on the theology of 2 Peter & Jude, but I’m also preaching this weekend at our church. Jude 12 talks about “love feasts,” I’m curious if you believe this is referring to communion or not? I am inclined to think so, esp. looking at it alongside the condemnation passage of 1 Cor. 11:28-29, but I wanted to ask you about it.

Hey Jeremie, great to hear from you!

The “love feast” is a strange thing.  Certainly the condemnation in 1 Co 11:28-29 is in the context of communion and there may be some parallel to the warning in Jude 1:12.  I’m still a bit thrown by the language, though.  If this is a reference to communion it is the only place in Scripture where it is given this kind of description.

More importantly, I’m not entirely confident in that translation.  Literally, as I’m sure you’ve seen, it speaks of “in the loves of you, hidden reefs, feasting together without out fear”.  I don’t quite understand why translators have so often opted to take the plural agapais and tie it to the participle suneuoxoumenoi (feasting together).  I understand that the nearness of the participle “feasting together” to the “loves” suggests that the “loves” are a feast,  but it is entirely circumstantial; that is, since these men are “feasting together”, then the assumption is made that the rest of Jude’s audience must also have been feasting and the further assumption is then made that they must have been doing so at a formal “feast”…so, ipso facto, this must be a “loves feast”…which is then rendered “love feast” because the plural form of loves is confusing here.  So, the translation “love feast” requires the insertion of a noun that isn’t in the text (feast) and the alteration of “loves” to “love”.  Possible? Sure…but probable?  I’m not so confident.

It seems clear that the participle (feasting together) is adverbial or at least adjectival with respect to the men Jude is warning his audience against, and not with respect to agapais.  That is, it is not tied syntactically to the “loves”.  Most translations recognized this, so they rightly say these men are “feasting without fear”…but then why also confuse the reader by creating a clear additional association between “feasting” and agapais?  It seems better to me to leave the translation ambiguous at this point rather than stating for the reader that these bad men were doing their bad work at a “love feast”.

Another option, more plausible in my mind, is that Jude is saying “these men are the hidden reefs in your loves, feasting together [upon your loves] without fear”; that is, the feasting participle could be saying that, as a group, they are taking advantage of the “loves” of the Christian community and not returning anything …certainly that would be consistent with the following parts about “caring for themselves”, being “clouds without water”, “trees without fruit”, “wandering stars”, etc.

If one went that way with the translation (i.e. “loves” instead of “love feasts”), then “loves” wouldn’t necessarily have anything to do with communion.  It would simply be a reference to the various ways in which they were loving one another.  Admittedly, the plural loves is an odd way to say that, but I’m not sure it is any more odd than referring to communion as “loves”.  Even if, as seems sketchy to me, we call it “loves feasts”, it doesn’t really get any more plausible.

Bottom line, in my opinion:  this is probably not a reference to communion but to the ways the Christian community was caring for one another.  The warning then is about men who were taking predatory advantage of the church’s “loves” without contributing to that care.