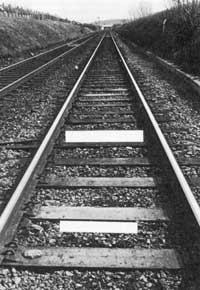 As any fan of TV court drama knows, converging lines of evidence produced from varying sources usually strengthens the case against the accused. We do this all the time without really knowing it as such. Suppose you’re a parent of a teenager who is out late on a Saturday night. His track record is, shall we say, less than stellar, so you would like to know what he’s been up to for the past 6 hours. Thus begins the line of questioning when he gets home:

“Where did you go? The movies? What did you see? What time did it start?”

Still not convinced? Even if you’ve not seen the movie yourself, there are plenty of other facts that can be checked to back up his claim:

“I saw on the news that there was a 20-car pileup on the Interstate. Did you see it on your way to the theater?”

“Wait, how could you have made the 8pm showing if the Palmer Street Bridge is under construction? It would have taken you an hour to get there!?”

At some point, the story either holds up or completely falls apart. If he stumbles through some obvious questions, we’re right to assume he’s not telling the truth. But if he passes the interrogation flawlessly, then he’s either a genius, anticipating our every move, or he really was at the movies. This doesn’t prove he was there, but it sure makes Mom & Dad feel a lot more confident that this was the case.

What does this have to do with the Bible? Well, our line of questioning shouldn’t be much different. If the apostles claimed Jesus lived in a certain place and met certain people, we should find historical evidence of those people or places. And this is exactly the kind of evidence that archaeological digs continue to produce. I’m not aware of any other major world religion that has as much support as Christianity does from people digging up the past and striving to verify claims about history. And this past century has verified many biblical references that were previously in dispute due to lack of evidence. Here are just a few:

–       Previously disputed names from history have since been found (Pontius Pilate, Government officials including Sergius Paulus from Acts 13:7, Gallio from Acts 18:12, and the title of ‘Politarch’ from Acts 17:6)

–       Previously unknown places that have been found (Pools of Bethesda from John 5, Pools of Siloam from John 9:7)

Even the technique of crucifixion has come under scrutiny. Where once it was held that Romans tied people to the cross citing no evidence for nails, recent discoveries have proven otherwise with remains found with intact nails drilled through their feet.

Archaeology helps confirm historical events; it’s one of the best friends Christianity has had. It also helps us confirm what time period biblical texts were written, as they often mention various governing officials that we can cross-reference from other sources. If we want to be serious about finding the truth about Christianity’s roots, we should welcome all honest attempts to dig up its past. Dig, baby, Dig!