How Do We Know the Serpent in Eden Was Actually the Devil? 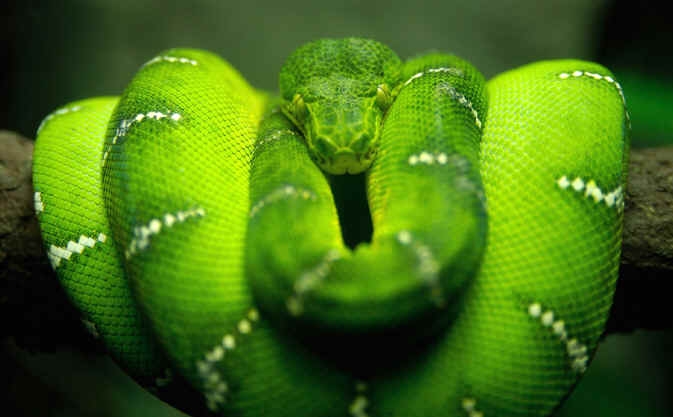 Here’s an interesting question I was recently asked to address:  how do we know that the serpent in Eden (Genesis 3:1) was actually the devil?  A distinct, but closely related question that I’ve been asked at other times is this:  is the serpent in Genesis 3 literal or symbolic?

The first question is rather easily answered:  was the serpent in Eden really the devil?

Biblical scholars have long recognized the clear parallels between the early chapters of Genesis and the NT book of Revelation.  It is quite obvious that the Apostle John, under the inspiration of the Holy Spirit, wrote Revelation as a sort of bookend to scripture, so that key themes from Genesis are re-introduced and explained in Revelation.  In effect, Revelation shows us the redemption and culmination of God’s original plan for creation which was interrupted by the Fall, but never abandoned.  Given the clear parallels of language and theme between Genesis and Revelation, John’s explicit association of the devil with serpent imagery in Revelation  indicates that it was also the devil who is to be associated with the serpent imagery in Genesis:

Other texts, though somewhat less obvious, make the same connection:

The second question, concerning whether the serpent imagery in Genesis is symbolic or literal, is perhaps a bit more controversial though still, in my opinion, easily answered.

The thing to keep in mind here is that symbolic language does not equal non-historical; that is, just because a biblical text uses symbolic language, this doesn’t mean that the events described didn’t actually happen.  I believe absolutely that the Fall was a literal, historical event.  Adam and Eve were literal human beings who literally sinned by eating a literal fruit, etc.  However, I also believe that Genesis 3 makes use of symbolic language, in part, in order to emphasize the larger significance of this event; that is, this was not just a description of a historical event but a description of a historical event which fundamentally affected all subsequent history. [4]

It seems to me that the serpent imagery in Genesis 3 can be explained in one of three ways:

1.  This was a literal serpent possessed by Satan.

2.  or, this was Satan manifesting as a physical serpent.

3.  or, the language is entirely symbolic, meaning that Satan did not appear as an actual serpent at all, but this imagery was used for other purposes.

I find option #1 to be unlikely, primarily because of the curse pronounced in Genesis 3:14-15 which includes the statement “you will crawl on your belly and you will eat dust all the days of your life”.  If Satan had possessed a literal serpent, it is difficult to understand why all snakes for all time should have been cursed because of Satan’s actions.  Adam and Eve were cursed, not because of Satan’s actions, but because they willfully chose to listen to him and follow his instruction rather than God’s, but a possessed snake would have had no such option.  So why should all snakes have been cursed because Satan chose to possess one of them?  More importantly, the curse pronounced upon the serpent/Satan here is clearly symbolic:  there is a Messianic prediction (…and I will put enmity Between you and the woman, And between your seed and her seed; He shall bruise you on the head, And you shall bruise him on the heel), the reference to eating the dust seems to correspond to Satan being cast down to earth, etc.  Therefore, it seems unlikely that this curse should be understood to refer to literal snakes at all and, once this is recognized, there is no longer any strong reason to think that Satan was possessing a literal serpent.

Options #2 and #3 are almost impossible to choose between, but given the obvious symbolic language of the curse described above, it seems somewhat preferable to see the serpent imagery as entirely symbolic (though of course as I noted above, this in no way undermines the fact that Satan’s deceit of Adam and Eve was entirely historical).  But why would this imagery have been chosen if there was no physical snake or at least the appearance of a physical snake?  Keep in mind that Genesis was first written to the Hebrews after the Exodus, when they were travelling in the desert where serpents had been, and continued to be, a source of danger.  The thing about serpents is that they are most dangerous when you’re not watching out for them.  Given this fact, the serpent imagery might have been convenient because a) it was immediately understandable to people who had experience with dangerous vipers and the damage they could cause b) it automatically signified the importance of being watchful so that you didn’t fall into range of the devil’s venom and c) it might have naturally invoked a visceral response since so many people have an inborn fear of snakes.  Whether these suggestions are all accurate or not, the point is simply that the serpent imagery could easily have been useful for reasons entirely independent of whether or not Satan possessed or manifested as a snake.

In any event, as noted above, the possibility that the serpent imagery is symbolic rather than literal does not in any ways undermine the historicity of the events described in Genesis 3.

[1]  Note the “serpent of old” language which is almost certainly intended to be a direct reference to the primeval account of the Fall recorded in Genesis 3.

[2]  The association of this text with Satan is complicated somewhat by the fact that the surrounding context indicates that this has at least some connection to a human king.  Many evangelical scholars believe that the reference here is two-fold; that is, it refers both to a human king and to Satan who was apparently the source of this king’s power.

[4] The technical word for this practice is “typology” in which historical events are described because they have both literal and figurative significance.  Symbolic language is common in typological passages.