The Bachelor – Part 1 – Could Jesus Have Been Married?

You are here:
BibleHistorical Jesus 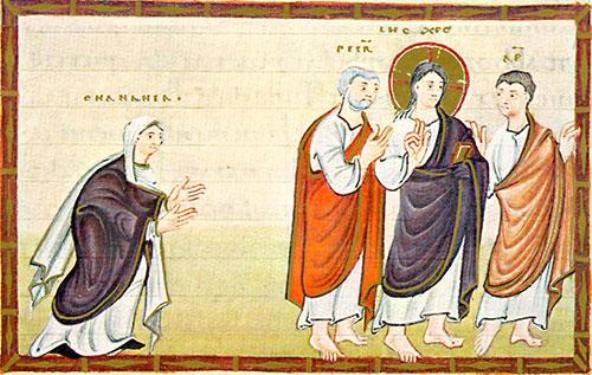 As the so-called “Gospel of Jesus’ Wife”[1] recently demonstrated, interest in the possibility that Jesus was married remains high.  The reasons for this are not entirely clear to me, but I suspect several factors are in-play:

These cultural perceptions are all significantly flawed in various ways, but they all deserve attention and a solid biblical response.  Whether the perceptions are well-founded or not, they remain important issues in this ongoing question of whether or not Jesus was, or even could have been, married.  Over the next several articles, I will attempt to provide a reasonable, biblical response to each of these issues, as well as to demonstrate that all of the reliable historical information available to us says quite clearly that Jesus was never married.

In this article, however, I would like to first address an important issue that is more likely to be raised by those within the church than those outside of it:  isn’t the idea that Jesus was married theologically objectionable? In other words, wouldn’t Jesus’ having been married disqualify him in some way from serving as the Messiah?  Because there is a wide-spread assumption that this is true, Christians tend to lash out emotionally against any suggestion that Jesus was married, sometimes giving ammunition to those who want to dismiss Christians as irrational.  It is important that we not make this issue, more emotionally-charged than it needs to be.

On the surface, this question about whether or not Jesus having been married would have disqualified him from being the Messiah might seem to require an affirmative answer, but closer investigation makes it somewhat more difficult to be dogmatic.  Most of the reasons people will give for saying that marriage would have been unthinkable for Jesus are not quite as clear-cut as they might initially appear.  Let us consider two  major points.

Both of the issues discussed above lead us to the same conclusion:  there is nothing inherently/morally objectionable about the idea that Jesus might have been married.  However, both of the issues also lead us to recognize that there are some good reasons why a marriage might not have been part of God’s plan for him.  But these reasons are more subtle than we might have first respected and the implication of this is as follows:  we ought not simply lash out angrily against suggestions that Jesus might have been married.

There are, in fact, many reasons why we can say that Jesus was not married.  We ought to focus on these.  There are also some possible theological reasons why we might say that it is unlikely that he could have been married, but these are much more complicated and bringing them up will likely complicate the conversation with a nonbeliever dramatically.

So let’s focus on the facts and keep our emotions in check.  The facts will speak for themselves, so long as we don’t come across in a way that makes people say “oh, those Christians, they’re so upset by having anyone question their other-worldly view of Jesus.”  The thing is, our view of Jesus needs to be quite earthy; that was the whole point of the Incarnation.  This doesn’t mean he was married, of course, because as we will see next time, there is absolutely no evidence for such a marriage, but rejecting the whole possibility of a marriage out-of-hand may inadvertently foster of view of Jesus that is not in keeping with the biblical portrait of him.

[1] Which most scholars are now convinced is a forgery, see here for more details; http://www.shepherdproject.com/did-you-hear-the-one-about-jesus-wife/

[2] The Hebrew translated here as “helper” is ezer, a word consistently used to designate someone who extends meaningful, if not indispensable, assistance.  It is used in Gen. 49:25 to speak of God’s rendering of assistance to the sons of Jacob: From the God of your father who helps you, And by the Almighty who blesses you With blessings of heaven above, Blessings of the deep that lies beneath, Blessings of the breasts and of the womb.